What I wanted to do was pull some

What I wanted to do was pull some

When I was nine years old, going on ten, I experienced a true metaphysical crisis. Maybe this seems young for such a thing, but I was always a precocious child. It all happened over the summer between fourth and fifth grade. I was going to be turning ten years old in July, and there was something about the transition from nine to ten--from single digit to double digits--that shocked me into a genuine existential panic, usually reserved for people turning fifty. I remember thinking that life was passing me by so fast. It seemed like only yesterday I was in kindergarten, and here I was, about to turn ten. Soon I would be a teenager, then middle-aged, then elderly, then dead. And everyone else was aging in hyperspeed, too. Everybody was going to be dead soon. My parents would die. My friends would die. My cat would die. My older sister was almost in high school already; I could remember her going off to first grade only moments ago, it seemed, in her little knee socks, and now she was in high school? Obviously it wouldn't be long before she was dead. What was the point of all this?

The strangest thing about this crisis was that nothing in particular had spurred it. No friend or relative had died, giving me my first taste of mortality, nor had I read or seen anything particular about death; I hadn't even read Charlotte's Web yet. This panic I was feeling at age ten was nothing less than a spontaneous and full-out realization of mortality's inevitable march, and I had no spiritual vocabulary with which to help myself manage it. We were Protestants, and not even devout ones, at that. We said grace only before Christmas and Thanksgiving dinner and went to church sporadically. My dad chose to stay home on Sunday mornings, finding his devotional practice in farming. I sang in the choir because I liked singing; my pretty sister was the angel in the Christmas pageant. My mother used the church as a headquarters from which to organize good works of volunteer service for the community. But even in that church, I don't remember

there being a lot of talking about God. This was New England, after all, and the word God

My sense of helplessness was overwhelming. massive emergency brake on the universe, like the brakes I'd seen on the subways during our school trip to New York City. 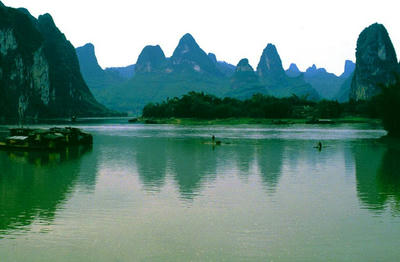 I wanted to call a time out, to demand that everybody just STOP until I could understand everything. I suppose this urge to force the entire universe to stop in its tracks until I could get a grip on myself might have been the beginning of what my dear friend Richard from Texas calls my "control issues." Of course, my efforts and worry were futile. The closer I watched time, the faster it spun, and that summer went by so quickly that it made my head hurt, and at the end of every day I remember thinking, "Another one gone," and bursting into tears.
PR

人臉識別算法
網站視覺效果真的很重要嗎?
What I wanted to do was pull some
enjoy the picture show
Does he pay well